The Paradox of Potential

On Becoming All That You Can Be

I vividly remember my school Term Report from my Art teacher: “John shows no potential whatsoever for Art.”

I knew that I wasn’t any good at Art, not in any conventional sense anyway, but this hurt.

I was 11 years old. I put my aspirations of being the next Andy Warhol on hold and only dared take up cartooning at the tender age of 55 when I found a great teacher. Huh! Seems that I did have some potential after all… or was it the teacher who lacked potential?

Potential as a noun means “latent qualities or abilities that may be developed and lead to future success or usefulness.” As an adjective potential is: “having or showing the capacity to become or develop into something in the future.”

Potential is much more than just knowledge or the ability to score well in exams.

This will provide you a roadmap to UnStuck and develop your true potential to achieve your success in life and work.

When I was growing up, like you, parents, teachers and other adults perpetuated a myth that if I did well in school that this would enable me to go to a good college or university and thus get a good job. “Doing well” in school meant getting ‘A’ Grades. Anything less, was not so good and would, inevitably, mean I was doomed for some sub-par career and less success.

Personally, I wasn’t that bothered. I looked at all these adults with their ‘”successful” careers and saw how miserable they were - that wasn’t the type of “success” that I was after. I’d rather do something I enjoyed, found meaningful and was good enough to earn a decent living.

These decades later and I see the myth perpetuates that good grades equals high potential. And competence and competency are often confused with confidence, drive and ambition and other qualities or capacities like confidence, connections and money are often deemed more important than abilities in determining if you are “High Potential”.

The Components of Potential

Your True Potential is much more than how much knowledge you have. Through our extensive research over the past 4 decades, we’ve identified six significant components of Potential that individually, and together, make a difference in your future success: 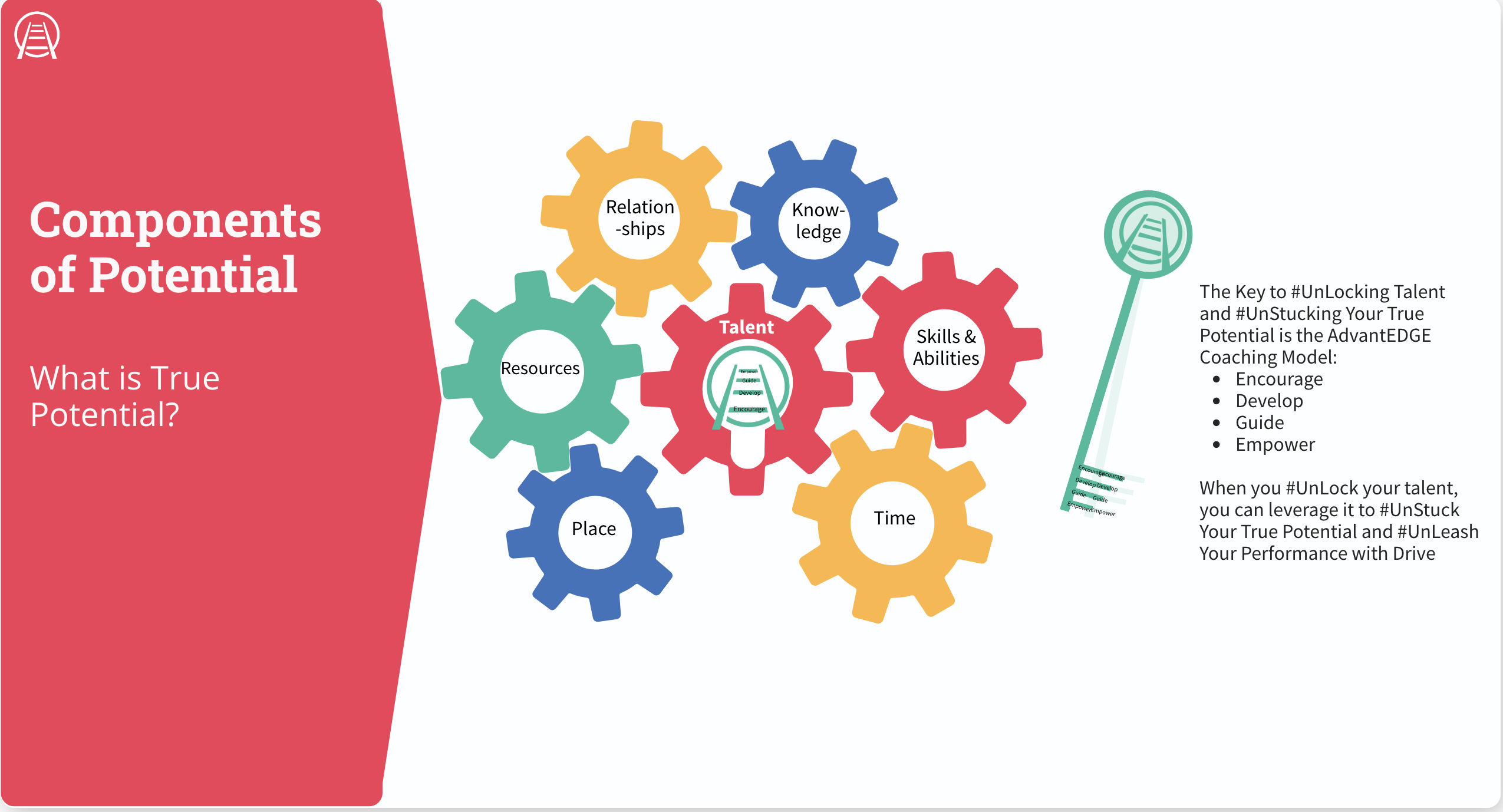 The importance other people place on each component determines how they perceive your true potential!

There are other elements of who you are that do matter to some people that can play a critical role in their perception of your potential including your race, ethnicity, and nationality. Your gender, and your Religious affiliation. These may be prejudicial biases, however, they remain a real factor of how some people perceive others and their potential to perform and be successful.

It’s not “What You Know or What You Do, its Who You Know!”

It is a sad reality that there are a lot of leaders in all sectors of society who appear to lack the skills and abilities to lead or manage well. You’ve almost certainly had the pleasure of working for such an organisation.

These individuals are often held out as examples of people with “high potential”, often because they managed to score very well in some school or university exams. More often because they are wealthy or connected to someone higher up in the organisation or related to someone important in society. For some, it’s because they are adept at the skill of “politicking” and choosing to build the relationships that will (and do) further their career. For others, they were simply at the right place at the right time.

Is this fair? Not for anyone who hasn’t been blessed with being born into the right family in the right place with the access to those relationships, wealth and the best schools etc. But you can develop your potential in all of these areas.

But the phrase isn’t quite correct: It’s not “What You Know or What You Do, OR Who You Know!” - it’s “Who Knows You!”

Back in the day, it was the “Old Boys” network - if you were in, fantastic. If you were not, tough. And you might think that this is dead and buried (or should be) - not so fast young Padawan. It’s alive and well.

I’ve sat in on many senior management meetings where an open position is being discussed and the question raised is rarely: “Who has the right knowledge and skills to be the best candidate for this position?” The question presented is along the lines: “Who do we know who…”

Before you embark on your Great Networking Goldrush

It’s easier today than ever to become known - even instafamous. Though perhaps being known for being known isn't quite what we’re after - known in professional circles should be the ticket…

In the early Noughties began the great networking rush. BNI had been founded by Ivan Misner back in the mid 80’s. Freemasonry began way back in 1717 but it was the launch of LinkedIn in 2003 that made networking accessible across the globe. 2004 saw the launch of FaceBook, 2006 heard the first tweet. Connections, followers or friends became king.

However, having thousands of connections to virtual strangers is only useful if the right connections know you and, critically, remember you when that opportunity is presented. And more often than not, you’ve previously done something for those individuals.

I call such people my “butlers” - as in the butler or cup-bearer in the story about Joseph in Genesis 40—41. I continue to be shocked when I hear from an old connection who's been out of contact for a long time busy with their successful career, ‘suddenly’ reaches out - asking for work or an introduction because they've lost their job. So here's a great tip, if you want others to help you when you may be in need, help them now while you can and keep in touch regularly.

Getting a job at HQ

Many of my coaching clients over the years embarked on their coaching, in part, to prepare them for getting and keeping a prized role in their company headquarters. They already posses the technical knowledge, skills and abilities to get to here to their current level (they have a high TQ or Technical Quotient) - this is what got them to their current position. 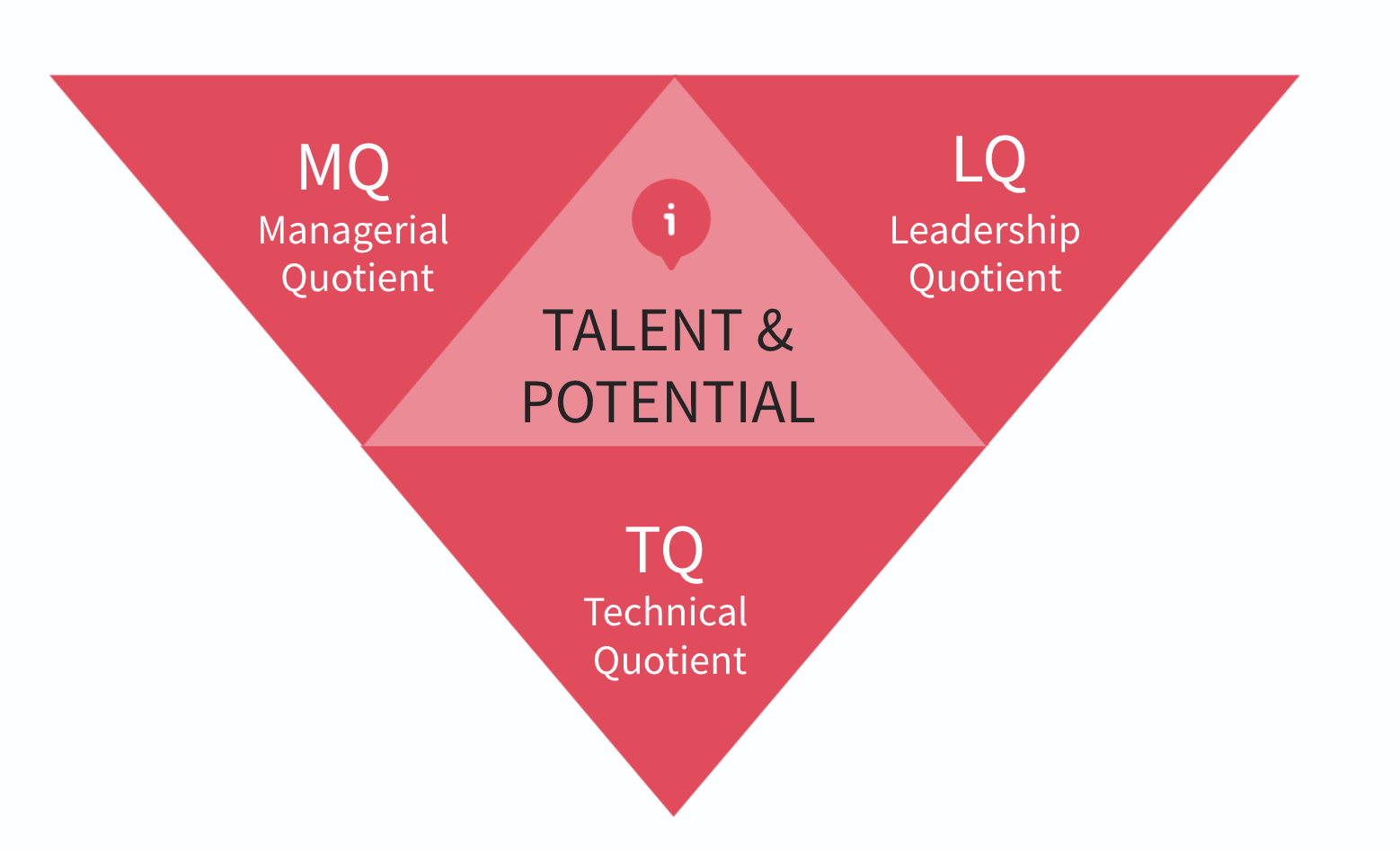 They often have some key MQ and LQ that helped to get them here. But to get there, they need something more. And in particular, they need to be known for what they are capable of doing now and in the future by the very people who will be determining that future. That is, they need the right people at HQ to know them and respect what they are capable of being, and to trust that they will look even better for backing this person, and that the organisation will benefit.

In short, you need to be purposefully strategic in building and maintaining your relationships.

The Paradox of Potential

I've seen this in many organisations and governments. The “brightest and best” are identified by school or university grade score as part of the “High Potential” pool - there's some fanfare, a suite of training programs, perhaps MBAs are taken and the “HiPos” are promoted. Meanwhile, the non-high-potential morale has sunk, many have quit or actively seeking new positions, commitment has dropped and performance suffered. The HiPos, being (initially) highly driven (and very well paid), take this upon themselves and make up for the loss, working extra hard and many burning out. There follows a new initiative to regain the work-life balance and a big drive to retain High Potentials.

The non-high-potentials (C grade average) meantime have found new roles in more forward thinking and egalitarian organisations - or founded a possible unicorn and look to hire good workers: People who can read well, memorise well and test well and follow process… that would be the “A” Students. The “B” Students end up in the government because the government don’t want free-thinking creative visionaries in what is essentially, an admin job. And they can’t afford the “A” students…

Potential is not (just) good grades! Nor is it (just) your skills and abilities. Now is it (just) relationships, nor (just) how well you manage your priorities and time, nor (just) what resources and money you have at your disposal. And nowadays, with virtual and hybrid working becoming normal’, your location matters a lot less. Your true potential are the latent qualities and abilities you have that can be developed for your future success.

Your true potential is a simple case of knowing and aligning what you have now that can be developed, and what you want to be doing in your future success.

Being purposefully strategic in building and maintaining your relationships is not the only area you need to focus attention. It is critical in this world, but all of it is moot if you lack the skills you need to be successful in your chosen future role.

The first step is to know where you are now and where you want to be. We have some tools, assessments and techniques we use to help our clients and I’ll be sharing some of these with you in How to UnStuck Your True Potential

To leave or reply to comments, please download free Podbean or